Indradyumna Swami Maharaja’s first stop on this year’s Russian tour is Ekaterinburg, a city with a population of 2 million people. Devotees have come from other cities as well – some from as far as Kazakhstan a two-day train ride away. Everyone is eager for kirtan, Krsna katha and prasadam. Maharaja hopes not to disappoint them! 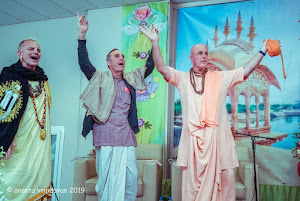 Please visit www.narottam.com for the latest lecture by Indradyumna Swami from Russia entitled: “The Caterpiller”. 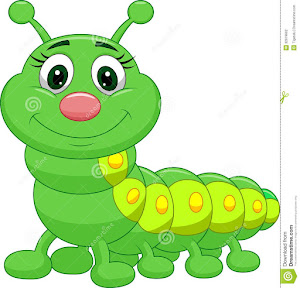 The city of Sochi is situated in southern Russia. With it’s beaches, as well as nearby snow capped mountains, it serves as a resort for the wealthy people of the country. ISKCON has had a successful temple there for a number of years. Indradyumna Swami spent 3 happy days with the devotees relishing the spring weather and the chanting of Lord Krsna’s holy names. 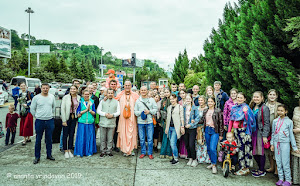 A new lecture given recently on Indradyumna Swami’s Russian tour is available now on www.narottam.com. It is entitled: “Auspicious Prayers” and was given on the auspicious day of Akshaya Tritiya. 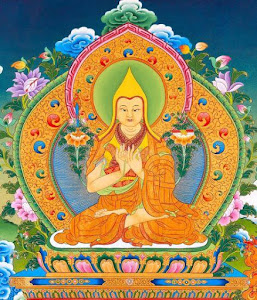 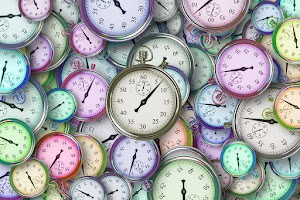 Indradyumna Swami always looks forward to his visits to Moscow, the capital of Russia. It was the place where his beloved spiritual master, Srila Prabhupada, planted the seed of Krsna consciousness in June 1971. Since that historic visit, Krsna consciousness has continued to expand in leaps and bounds. These photos stand as a testament to that. All glories to Srila Prabhupada! 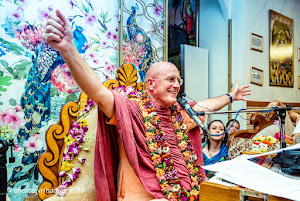 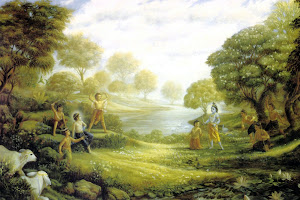 Dear citizens of the world: All of you who are interested in taking proper care of Lord Krishna’s cows, here is a most worthy project to contribute to!http://ww.krks.name/krks-cowcare.pdf 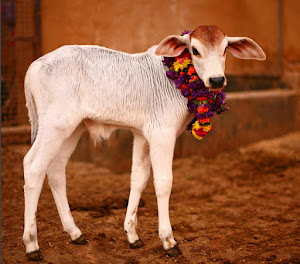 St. Petersburg was the last stop on Indradyumna Swami Maharaja’s Russian tour before moving on to Ukraine. No doubt, St. Petersburg is one of the most beautiful cities in the world. And the local devotees are an integral part of that beauty. Maharaja enjoyed 5 days of chanting, dancing and feasting in their association. Indradyumna Swami, Badahari Dās and Chaturatma Dās all lectured on Srimad Bhagavatam to attentive audiences. They look forward to returning! 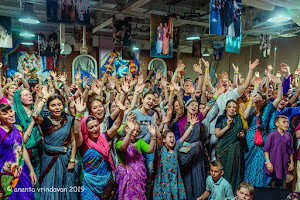