Early morning 6-kilometer steep uphill trek to the source of the Yamuna river. I choose the palaki, as it’s called here. Four men carry it. 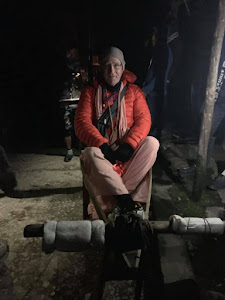 A desire fulfilled. On the banks of the Yamuna at her origin in Yamunotri. Thank you Srila Prabhupada. 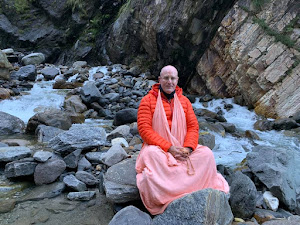 Our small group of devotees visited the Char Dhamas; the four holy sites of Yamunotri, Gangotri, Kedarnath and Badrinath in the Himalayas. Since time immemorial sages have made the journey to these sacred abodes for purification and self-realisation. In this album we record our visit to Yamunotri, the source of the Yamuna river and Gangotri, the source of the Ganges river. In Bhagavad Gita Krsna says amongst mountains He is the Himalayas. Seeing the natural beauty of the Himalayas and experiencing their sacred nature we appreciated those words more than ever before. 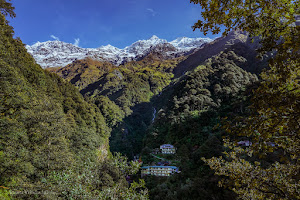 Original post on Facebook
October 8, 2019: Kedarnath – The Abode Of Lord Siva
Kedarnath was the third stop our on pilgrimage to the Himalayas. Despite a devastating flood in 2013 which destroyed much of the infrastructure, the temple remains intact as it has for 5,000 years. It was built on the order of the five Pandava brothers for the express worship of Lord Siva. The Siva lingam inside is in the shape of a hump. There is an interesting pastime behind it’s appearance. Adi Sankaracarya renovated the temple and lived in Kedarnath for sometime. He actually passed away there at the age of 32 years. His samadhi was near the temple but was washed away in the flood in 2013. Vaisnavas worship Lord Siva as the greatest Vaisnava, a per the statement in Srimad Bhagavatam. 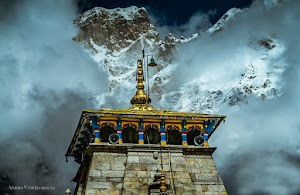 Original post on Facebook
October 10, 2019: Badrinath – A Destination Supreme
Badrinath is famous as one of the larger Char Dhamas of India: They are Ramesvaram, Jagannath Puri, Dwarka and Badrinath. Situated high in the Himalayas on the banks of the Alakananda river Badrinath has been visited by great saintly persons since time immemorial. The deity in the temple is self-manifested from a salagram sila and is two feet high. During the winter when it becomes unbearably cold, the temple is closed for 6 months. Before closing the doors the pujaris light a ghee lamp which is found to be still burning when they open the doors 6 months later. It is understood that Narada Muni and various demigods perform the worship during those cold winter months. Nearby is the cave where Srila Vyasadeva wrote down the Vedic scriptures. The border of China is only a few meters away. 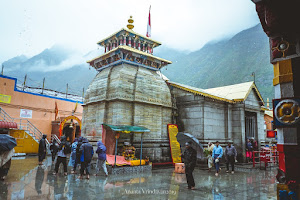 Original post on Facebook
October 12, 2019: Sri Rangam – Home Of The Sri Vaisnavas
On the eve of the auspicious month of Kartika, I visited Sri Rangam in South India. Shortly after entering the renounced order, Lord Caitanya Mahaprabhu set out on foot to tour the holy places of South India. One of His stops was Sri Rangam, the seat of the Sri Vaisnavas, headed by Sri Ramanujacarya. Lord Caitanya stayed in Sri Rangam for 4 months in the house of Vyenkata Bhatta, who’s son later became the famous Gaudiya acarya, Gopal Bhatta Goswami. I visited the descendent of Vyenkata Bhatta whose name is Murli Bhattar, a long time friend of mine. Together we visited many holy places in the city, including the temple of Rangunatha and the samadhi of Sri Ramanujacarya. 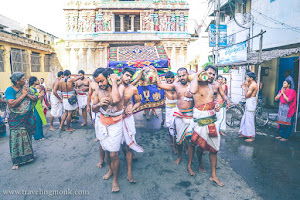 Our parikrama group spent the first day of Kartika at Akrura Ghat, the border line between Vrindavan and Mathura. There we discussed in depth the pastime of Akrura taking Krsna and Balaram to Mathura in his chariot and how the Vrajavasis did their best to keep Them in Vrindavan. Hearing of the gopis sentiments of impending separation touched the hearts of us all. 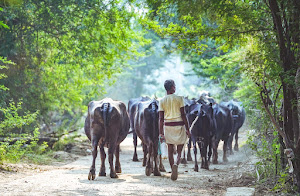 Yesterday we have visited Chir Ghat where the playful pastime of Krsna stealing the clothes of the gopis took place. 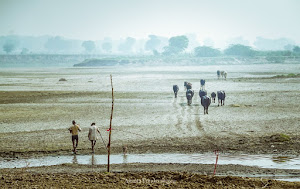 Yesterday we were blessed to visit Biharvan, a very special Vrindavan forest. Biharvan means ‘the forest of enjoyment.’ It is one of the places of Radha and Krsna’s most charming and loving pastimes. There is also a large gosala of cows who are protected, served and loved by the local cowherd men. It was a unique experience because the forest has been preserved much like it was hundreds of years ago. 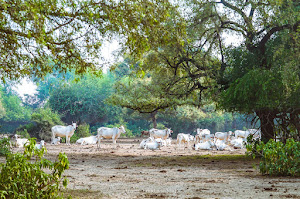 Dear disciples and friends: Two new classes from the start of our parikrama in this month of Kartika are now up on www.narottam.com. “Pastime At Akrura Ghat” and “Stealing The Clothes Of The Unmarried Gopis” delve deep into the glories of our most cherished Vrindavan dhama. 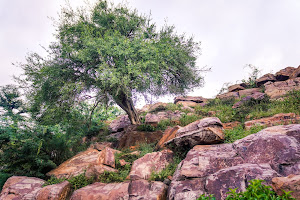