Dear devotees! Tomorrow’s lecture [ Tuesday, March 9th, 2021 ] is entitled, “Three Pots of Nectar – The Life of Krsnadas Kaviraja Gosvami.” Krsnadas Kaviraja Gosvami, a disciple of Srila Raghunatha Das Goswami, is the illustrious author of Sri Caitanya Caritamrita and Govinda Lilamrta. The very title [ Kaviraja ] which Srila Jiva Goswami gave him, indicates he is the “King of Poets.” We’ll discuss in detail all that is known about his glorious life. The lecture premiers on my YouTube channel at 3:30 p.m. India time. All glories to Srila Prabhupada! 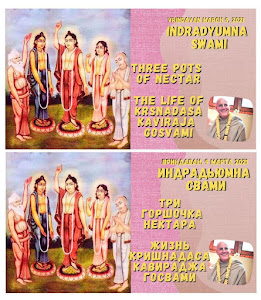 Dear Devotees: Friday, March 12, 2021 is the auspicious celebration of Sivaratri, the appearance day of Lord Siva. Our lecture will focus on Lord Siva as the greatest devotee of Lord Krsna and his many pastimes in Sri Vrindavan Dhama. The best day of the year to hear about the best of the Vaisnavas! The lecture premiers on my YouTube channel at 3:30 pm. Gopisvara Mahadeva ki jaya! 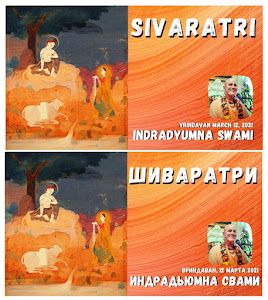 Today I received the sad news that a dear friend of mine, His Majesty King Goodwill Zwelithini, King of the Zulu Nation, passed away this morning in South Africa. His Majesty was an ardent well-wisher of our ISKCON movement. We met on several occasions and our talks always gravitated towards how to bring about social cohesion and unity amongst the people of South Africa. He was always eager to hear my recommendations on how spiritual values play a role in unifying people. We resonated in our mutual concern for the welfare of the people.
I admired and respected him for the visionary that he was. But I was also privy to his softer side and fondly remember him for his warm and personal nature. He once visited me in hospital, after a surgery I had undergone. He left saying: “Get well soon! People like you have no place in a hospital. Important work awaits! “
I will miss our refreshing conversations with a dear friend and stalwart leader. Today my heart goes out to the people of the Zulu Nation.
umphefumulo wakhe ungaphumula ngokuthula! 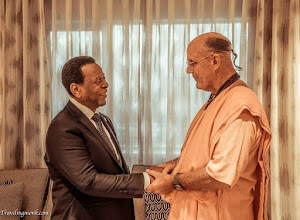 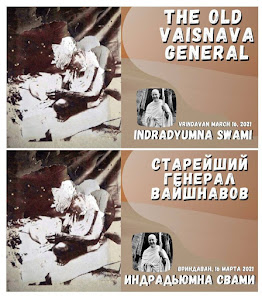 Dear devotees: Tomorrow’s lecture [ Friday, March 19, 2021 ] is entitled, “The Glories Of Vamsidas Babaji.” Vamsidas Babaji was a Gaudiya Vaisnava saint who lived in Navadwip during the time of Srila Bhaktisiddhanta Sarasvati. He was highly respected by Srila Bhaktisiddhanta Sarasvati, who would see that Vamsidas Babaji was provided with whatever simple necessities he required. Our Srila Prabhupada spoke fondly of him on several occasions. We will share his unique pastimes in both Vrindavan and Navadwip. Some rare nectar! 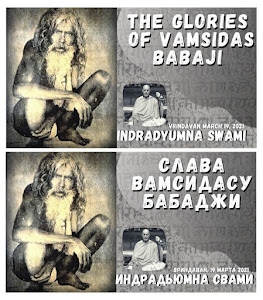 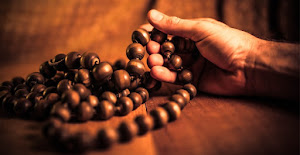 This I can do, Srila Prabhupada!
“One lady raised her hand after Prabhupada had finished a Bhagavad-gita class. She had a question. She asked, “In the Bhagavad-gita it is said that if one thinks of Krishna at the time of death, one will go to Krishna. Now my question is, what if I think of you at the time of death? Will it have the same effect?”
Prabhupada didn’t answer right away. He closed his eyes for two or three seconds as if he were searching for the answer. Then he smiled and said, “That is very nice. Yes, it will have the same effect.”
[ Srila Prabhupada Memories, Jaya Gauranga dasa ] 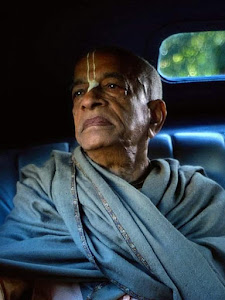 Today’s lecture is about the great poet-musician Surdas. It premiers at 3:30 pm India time on my YouTube channel. 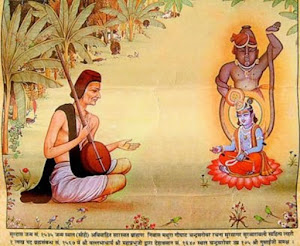